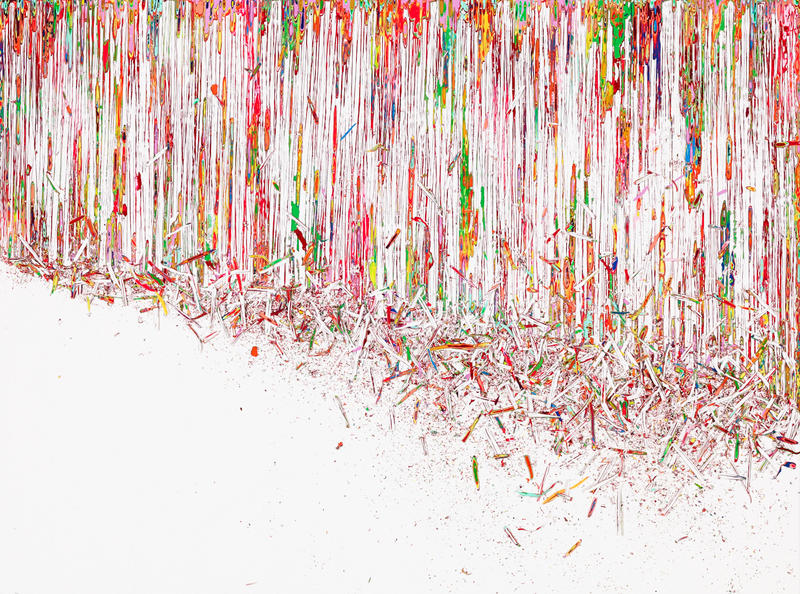 From 26th to 29th March 2015, Art Paris Art Fair brings together 145 galleries from some 20 countries at the Grand Palais. Headed by Guillaume Piens since 2012, the fair focuses on discovery and presents a wide panorama of modern and contemporary art. Art Paris Art Fair also shows design, photography and art books. The fair has undergone a profound renewal with some 50 % newcomers and galleries from abroad. Since 2012, a rigorous selection process and a multidisciplinary, dynamic approach to contemporary creation have resulted in a constant rise in the number of visitors to the fair.

With a strong international focus, the fair has positioned itself as a pioneer in the exploration of regions of the world whose artistic creation is seldom, if ever, shown in France. Art Paris Art Fair looks at a different geography of the art world that takes visitors off the beaten track to places like Casablanca, Zürich, Moscow, Bucharest or Singapore.

After Russia and China, Singapore and Southeast Asia are guests of honour for the 2015 edition. This platform is directed by Iola Lenzi, a curator, researcher and Southeast Asia specialist who curated the exhibition “The Roving Eye: Contemporary Art from Southeast Asia,” shown at the ARTER Foundation in Istanbul (September 2014 to January 2015). Eight Singapore-based galleries including Art Plural Gallery, STPI, Chan Hampe Galleries, Element Art Space, Yeo Workshop, iPreciation, Intersections and Sundaram Tagore Gallery will demonstrate the diversity of talent from Cambodia, Burma, Malaysia, Indonesia, the Philippines, Singapore, Vietnam and Thailand. A programme of talks and video screenings will complement this presentation of what is a little known but booming art scene.

The general sector will also include a number of galleries and artists from Southeast Asia Including Burma’s Aung Ko at Primo Marella, Vietnam’s Dinh Q. Le and Bui Cong Khanh at 10 Chancery Lane Gallery, and from the Philippines, Manuel Ocampo at Nathalie Obadia and Alfredo & Isabel Aquilizan at Hélène Bailly.

This year’s general sector has undergone deep changes with the arrival of modern art galleries such as Boisserée (Cologne), Luca Tommasi (Milan), Galerie Maeght (Paris), as well as others dealing in contemporary work such as Plutschow and Andrés Thalmann from Zürich, Flowers from London, Renate Bender and Tanit from Munich, Maria Lund from Paris and Istanbul’s Sanatorium and Krampf Gallery.

Art Books - Librairie L’Écume des pages : Art Paris Art Fair presents the section for art and artists’ books in cooperation with both the art and coffee table books section of French National Union of Publishers (SNE) presided by Pascale Le Thorel, and L’Écume des pages bookshop. Every hour for the duration of the fair, artists, authors and art historians will meet the public and sign their books. Special attention is devoted to the set design of the bookshop: signing room and presentation of artists’ works.

The “Springtime in Paris” VIP programme highlights the outstanding revival of the Parisian art scene, the new venues such as the “Appartement,” the Louis Vuitton Foundation with its inaugural exhibition The Keys of a Passion, the Jérôme Seydoux-Pathé Foundation and the Philharmonie de Paris. Also on show is the exhibition Pierre Bonnard at the Musée d’Orsay, Taryn Simon at the Jeu de Paume, Pieter Hugo at the Henri Cartier-Bresson Foundation, Carmen Perrin at the Maison de l’Amérique Latine, Mathieu Briand and Jé- rôme Zonder at La Maison Rouge, Mark Lewis at Le Bal.

In March 2015 the art scenes of Singapore and Southeast Asia will have pride of place in the French capital with an exceptional series of events in key locations: at the Palais de Tokyo, the exhibition entitled Secret Archipelago (from 27th March to 18th May 2015) explores the regional art scene with Singapore as a springboard. As part of its Satellite programme, The Jeu de Paume will be screening the work Monologue by Cambodia’s Vandy Rattana.